In the last one-decade government has given way more attention to the Direct Selling Industry. By launching Direct Selling Guidelines in 2016, the government indicated that this industry is legal and companies have to follow some rules to maintain a healthy environment.

Now MLM companies not only have to register under MCA but need to get their name in the legal direct selling companies list, which gets regularly updated by the ministry of consumer affairs.

Still, frauds in direct selling industries are high and various pyramid schemes show themselves as an MLM entity to fool people. Even several popular MLM companies ran pyramid schemes in past, but now the fear of legal action brought them to the right path.

eBiz and Future Maker are examples of such companies that got streak off due to their money circulation fraud, but such business scams nowadays become common.

In this post, we have listed the fraud companies in India. These are the companies who either ran a pyramid scheme or performed deceptive activities that are against the government’s norms. It includes various MLM frauds as well.

This list contains more than 1900+ companies, so we separating them alphabetically.

Company Name Start with A

Company Name Start with B

Company Name Start With I

Company Name Start With U

Disclaimer: This list is taken from strategyindia.com. So for any inaccuracy, we are not responsible. For any removal or change, you can visit to contact us page. 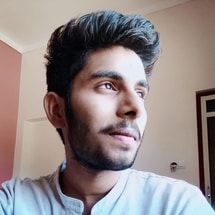